Are you or someone you love considering a Opioid detox? At CuraSouth we understand how difficult opioid withdrawal can be. Withdrawal symptoms make quitting seem impossible even when someone desperately wants to stop. The key to overcoming this obstacle is a medically supervised detox where  symptoms can eased with medication in a comfortable, supportive, homestyle environment. Beyond physical stabilization, detox is also an important time to plan a path forward in recovery. At CuraSouth we first provide a safe, pain-free detox, then we get to work putting together a plan for longterm sobriety. We perform an in-depth initial evaluation and tailor a treatment plan unique to each clients needs and recovery goals. We introduce our clients to the 12-steps, begin therapy and offer holistic treatments like acupuncture, meditation and yoga. Every client leaves with a firm foundation on which to build their ongoing recovery. 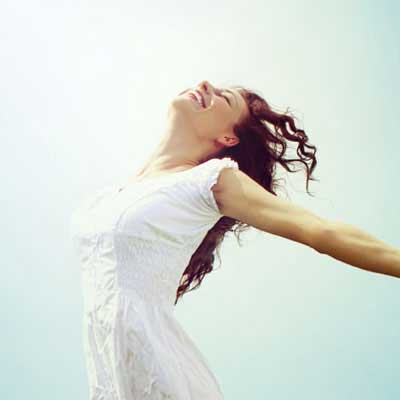 Opioid and Opiate abuse has become a major public health crisis over the course of the past several years, and opioid addiction currently claims hundreds of innocent lives on a daily basis. Because chemical substances like heroin and prescription opiates are so highly addictive, overcoming an existing substance abuse disorder might seem like an impossible feat. The good news is that recovery is always possible – and CuraSouth is available to help. Our comprehensive and highly individualized opioid detox program focuses on integrated healing. This means that we tackle the physical, psychological and emotional implications of active addiction simultaneously. The level of clinical care we provide cannot be found in any traditional hospital setting or in any state-funded detox facility, and our main priority is ensuring long-term recovery not just for our clients, but for their loved ones as well.

If you or someone you love has been suffering from an opiate abuse disorder, we are available to help. Our opioid detox program was developed by a team of clinical and medical professionals with combined decades of experience in the fields of substance abuse and mental health. To learn more, or to begin your own personal journey of healing contact us today, we are available to help you 24/7.

Opiates are a type of naturally derived and highly addictive opioid narcotic, including commonly abused chemical substances like heroin, morphine and codeine. Prescription opiates are used to reduce anxiety and suppress pain, and illicit opiates are used recreationally for the euphoric effects they produce in high doses. Heroin is one of the most commonly abused opiates throughout the United States, and the National Institute on Drug Abuse reported that in the year 2017 alone there were roughly 652,000 men and women who suffered at the hands of a heroin abuse disorder. During the same year a reported 47,000 Americans died at the hands of an opioid-related overdose – in 2018, it was estimated that roughly 128 men and women lost their lives to opioid overdose on a daily basis. Heroin is not the only opiate responsible for these untimely and tragic deaths. Roughly 1.7 million American adults suffered from a prescription opiate abuse disorder in 2017. Around 80 percent of all individuals who struggle with heroin addiction began by abusing a prescription opiate like codeine or morphine, and it is estimated that between 4 and 6 percent of all men and women who are prescribed a narcotic pain reliever by a medical professional will eventually transition to heroin.

If you or someone you love has been suffering at the hands of an opiate abuse disorder, recovery is possible – no matter how severe the addiction or its related consequences have become. At CuraSouth we are dedicated to helping our clients take the initial step on a lifelong journey of opiate addiction recovery.

Our Opioid detoxification experience is second to none.

The symptoms associated with opiate addiction vary significantly based on what type of opiate is being abused (heroin or a prescription painkiller), the severity of abuse and the presence of any underlying mental health conditions.

Symptoms of opioid abuse and dependence generally include the following:

Our Opioid Detox Services Include

While symptoms associated with opiate withdrawal are not generally life-threatening, they can be extremely uncomfortable (physically and psychologically) and often lead to relapse when left untreated.

Medical detox is always necessary when it comes to opiate withdrawal. This is predominantly because of the psychological symptoms – namely the drug cravings. Many individuals who attempt to detox in an at-home setting will resort back to opiate use before the detox process has concluded because the cravings are so overwhelming. At CuraSouth we utilize a range of proven and evidence-based treatment options in order to make opiate detox as short-lived and pain-free as possible.

Ready To Begin Your Opioid Detox?

Don’t let Opioid addiction control your life.
Call us today and let’s get you started on the path to a better you.

There are many effective pharmacological interventions available for the treatment of symptoms associated with opiate withdrawal. At CuraSouth we utilize a combination of Medication Assisted Treatment, intensive therapeutic intervention and holistically-based approaches to pain management and craving reduction. Medications like Subutex and Suboxone (buprenorphine) are an effective short-term solution for opiates withdrawal, and help eliminate drug cravings while alleviating the more uncomfortable physical symptoms.

Other medications we utilize include:

We also offer the following therapeutic and holistic treatment options:

At CuraSouth we remain dedicated to making the entire early recovery process as simple and uncomplicated as possible from start to finish. We know how severe and life-threatening opioid addiction can become over a relatively short period of time, and we know that seeking professional medical detox is often a matter of life and death. For this reason, our admission process is extremely straightforward, and it can be completed over the phone in a matter of minutes.

The moment you or your loved one gives us a call we begin by completing a short pre-assessment over the phone. We ask a series of personal but non-invasive questions, like, “How long have you been using opiates?” “Did you ever combine opiates with other chemical substances?” “Have you ever been diagnosed with or treated for an underlying mental health condition?” The pre-assessment helps our medical team determine which detox treatment options are going to be the most effective for each unique case. Next we look into potential coverage options. At CuraSouth we believe that effective medical detox should be readily available and easily accessible, which is why we work closely with most major regional and national health insurance providers. If you or your loved one is currently insured and you would like to learn how much of our services are covered, we offer a free, no obligation insurance benefit check. If you or your loved one is underinsured or entirely uninsured we offer a variety of additional options, including self-pay and private pay. Finally, we set a date and a time for intake and help arrange transportation whenever necessary. For more information or to get started contact us today, we are available to help you 24/7.

Withdrawals from extended drug and alcohol use are detremental to the body and extremely dangerous. They cause severe irritation and painful symptoms, in some cases even causing death. We can help you get through your withdrawls safely & pain-free.